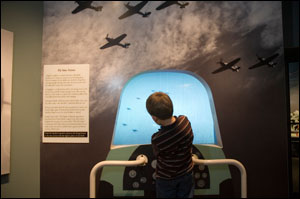 Open almost any 20th century history book, look at the index, and you will see included the words "iron curtain." According to the Geoffrey Best, in his book Churchill: A Study in Greatness, very few Britons and Americans, after the World War II ended in 1945, wanted to believe Russia, their war time ally, was going to be "a peace time menace," but Churchill, much like he voiced in 1938 about Hitler, perceived this as very likely to happen and called attention to this very genuine possibility. Best writes, "He took advantage of his unique status to sound the trumpet in Fulton."

Using the Churchill Museum exhibits, students follow Churchill's travels until he ventures to Fulton, Missouri and once again, put his mark on history.

Students will divide into ten teams according to definitive periods in Churchill's life to determine the impact of his travels on his life and the world.