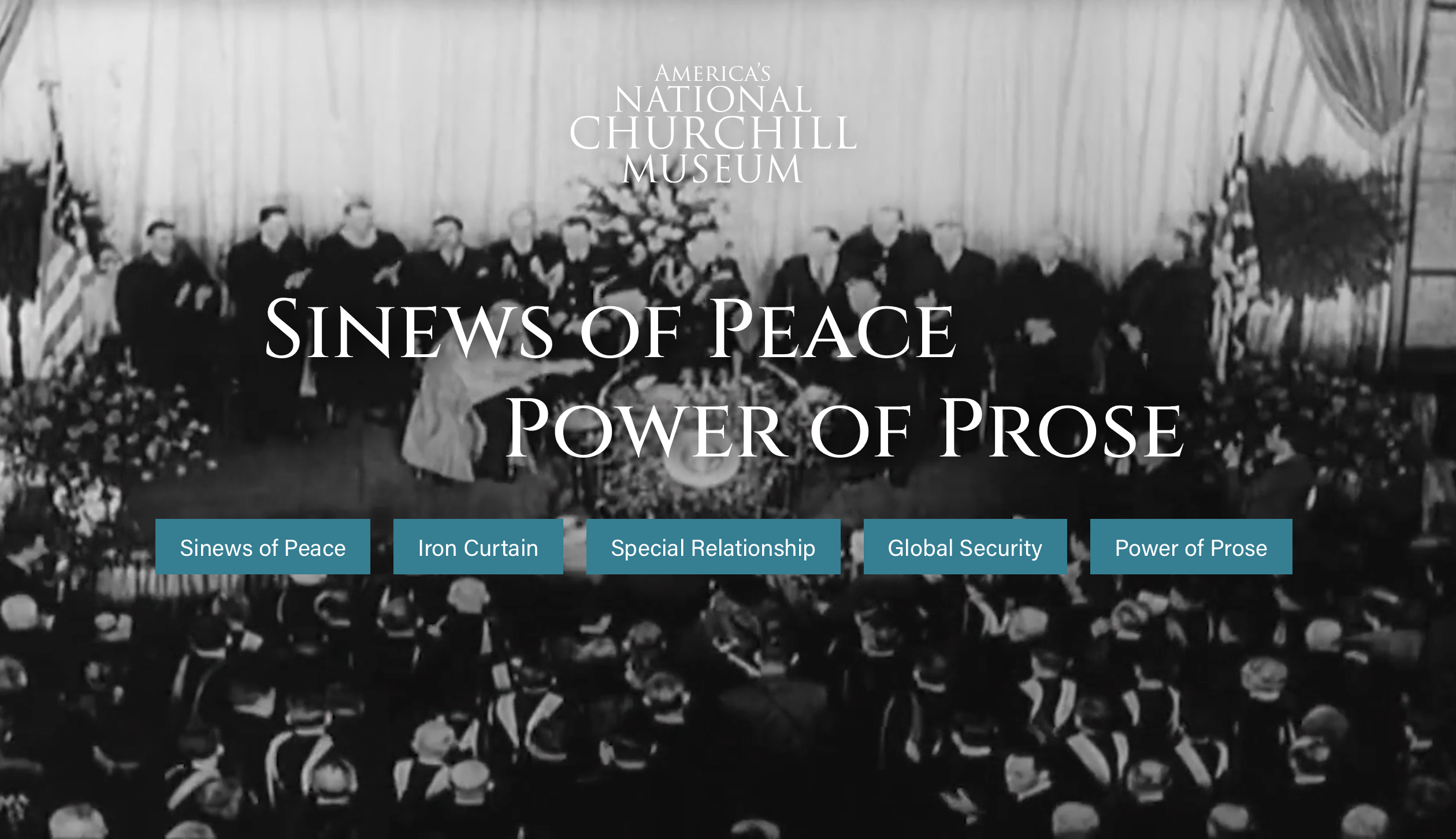 The results of the students’ hard work debuted on the Museum’s website during a lineup of prestigious virtual 75th anniversary presentations that took place on March 5-6, including the 34th Enid and R. Crosby Kemper Lecture by Pulitzer Prize-winning commentator George F. Will.

Dr. Mark Boulton, Chair of the Department of History at Westminster, says the students’ collaborative effort is an example of the experiential learning opportunities that regularly take place at the College.

“We are always eager to give our students professional experiences such as this, and America’s National Churchill Museum has been terrific in supporting our students in this goal,” he explains.

Rushing, a History and Philosophy major from Angleton, TX, found the project fascinating because of her interest in literary analysis. She says she particularly enjoyed analyzing Churchill’s choice of words in his “Sinews of Peace” address, also known as the “Iron Curtain” speech.

“He was a fascinating wordsmith,” Rushing says enthusiastically. “He put thought into each word he wrote, and every part of that speech was intended to make the listeners think, feel, or believe something, and it was tailored to where it was given, using language, phrases, and cultural references familiar to his audience.”

Like Rushing, Rogers thoroughly enjoyed his role in putting together the virtual exhibit. A History major from Jefferson City, MO, Rogers loves writing ― so much so that he authored an article on the “Iron Curtain” speech that the National World War II Museum website published on March 5.

“Our students can be proud of their work,” Boulton reflects. “Experiences like this really help them fulfill their career goals.”

Read this article on the Westminster College news site.