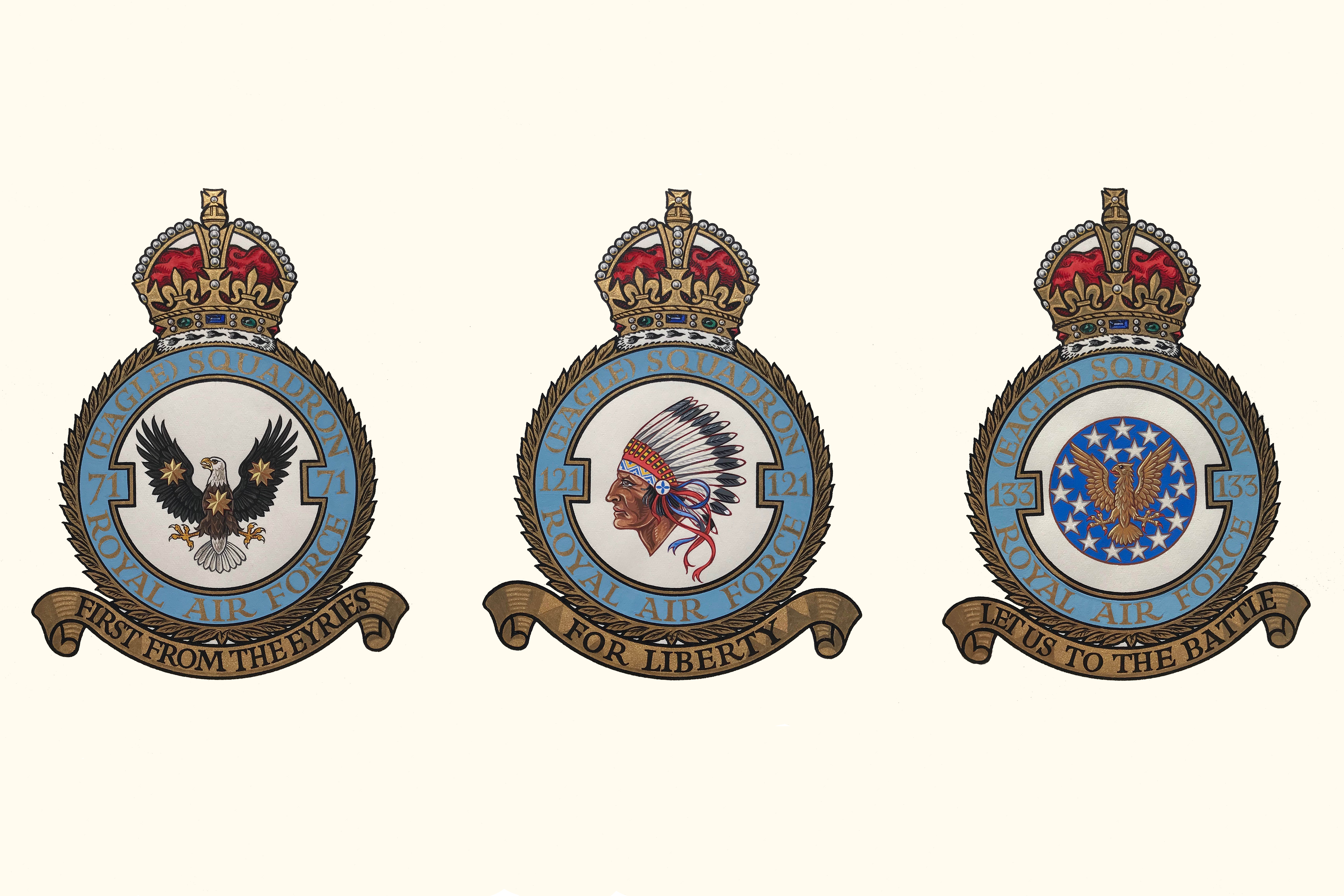 Ceremony to Salute the Eagle Squadrons, Boeing Co./Douglas Aircraft for the planes that helped save London in WWII,
and a new exhibit: The Few: Winston Churchill and the RAF

Great Britain’s Royal Air Force will present its official flag in a special ceremony next month at America’s National Churchill Museum here to reaffirm the special relationship between the United States and Great Britain, and to commemorate the American airmen and women who volunteered to fight the Nazi’s over London before the U.S. entered World War II. 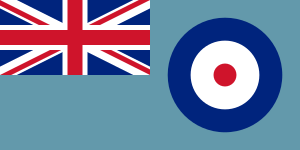 The public is invited to attend this special presentation at 11 a.m., Wednesday, August 14, in the Museum’s historic Church of St. Mary the Virgin, Aldermanbury.

Commodore James Linter OBE, the RAF’s Air Attaché in Washington, will present the flag (often called an ensign) to the Museum in honor of the legendary Eagle Squadrons, three squadrons of American volunteer pilots, who valiantly fought for Great Britain before the U.S. entered WWII.

The RAF flag will be on display in the church -- the official chapel of the Eagle Squadrons – which today are assigned to the U.S. Air Force’s 4th Fighter Group at Seymour Johnson Air Base in North Carolina.

Executives from Boeing, which – acquired St. Louis-based McDonnell-Douglas Aircraft in 1997 – also will be saluted for the Boeing and Douglas (forerunner to McDonnell-Douglas) fighter planes used by the U.S. and British air forces in World War II.

The Eagle Squadrons were formed in late 1940 when Americans traveled to England from Canada to volunteer to become fighter pilots in the RAF as Great Britain – under the leadership of Prime Minister Winston S. Churchill – desperately and solely defended itself against Adolf Hitler’s German Luftwaffe.

“At the time, the U.S. was not at war, and these young pilots – many of them roguish adventurous types – took great personal and legal risks to travel to England to fight with the RAF to save Britain and defeat tyranny,” Riley said. “Churchill held these brave Americans in the highest regard, and considered their help as an essential building block to the ‘special relationship’ he often referred to in describing the connection between the U.S. and UK,” Riley added.

At first, to skirt American laws that prohibited them from fighting for a foreign entity, the volunteers were listed as Canadian or South African. But in September 1940, Churchill intervened, and the Air Ministry officially organized the 71st, 121st, and 133rd American Eagle Squadrons as a branch of the RAF.

They fought to save London in the Battle of Britain and in other air wars across Europe at the start of WWII. Once the U.S. entered the war in 1942, the 8th U.S. Air Force was formed in England and the three Eagle Squadrons became part of the “Mighty Eighth” U.S. Air Force as the 4th Fighter Group.

Despite their flying prowess, nearly 100 of the 244 highly decorated members of the Eagle Squadrons never made it home.

One of those airmen was 1st Lieutenant John F. Lutz, of Fulton, MO, an alumnus of Westminster College. He joined the 71st Eagle Squadron in 1941 at the age of 23. On May 4, 1943, Lutz’s plane was hit by enemy fighters over the English Channel, and he was forced to bail out. His body was never recovered.

The ceremony also will open a new exhibit, The Few: Winston Churchill and the Royal Air Force – that will display rarely exhibited items from the Museum’s collection and archives related to the Eagle Squadrons and the Battle of Britain. 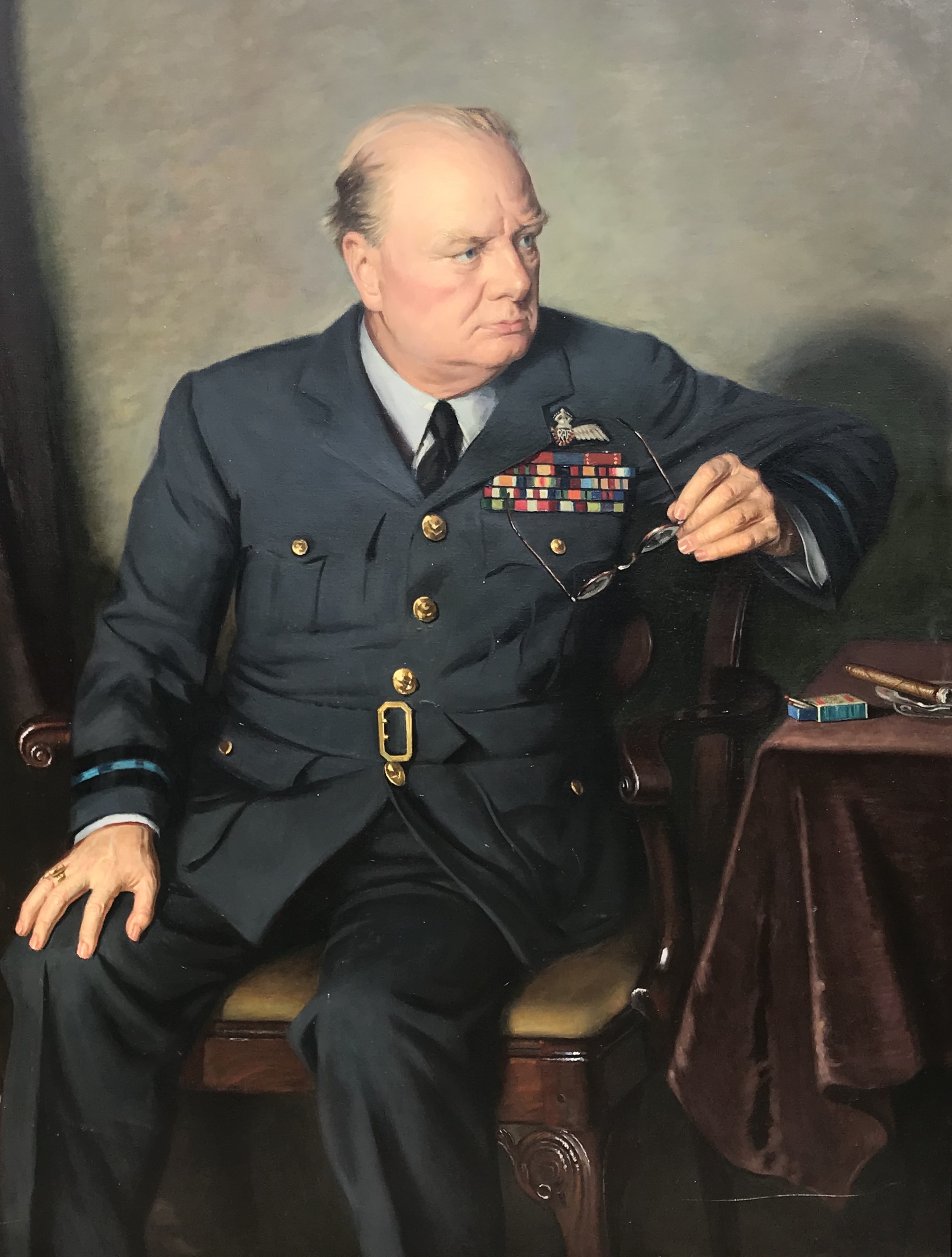 America’s National Churchill Museum on the campus of Westminster College in Fulton is the only museum in North America that is fully dedicated to commemorating the life and times of Winston S. Churchill, the 20th century’s greatest statesman.

The museum is celebrating its 50th anniversary this year. It was established in 1969 on the Westminster campus, where Churchill delivered his famous "Sinews of Peace" speech, often called his ‘Iron Curtain’ speech, on March 5, 1946.

The heart of the Museum is the magnificent Church of St. Mary the Virgin, Aldermanbury, a 17th century church originally designed and built by Royal British Architect Sir Christopher Wren in Central London (1672-1962). The church was gutted by fire when it was hit with a German Luftwaffe incendiary bomb on Dec. 29, 1940, at the start of World War II.

It was acquired by Westminster College, carefully disassembled in the early 1960s, and its 7,000 stones were shipped, railed, and trucked from London to the Westminster campus where it was reconstructed according to Wren’s original plans to serve as a library and museum to commemorate Churchill’s speech.

The Museum, which includes the Church of St. Mary the Virgin, Aldermanbury -- a rededicated house of worship – was formally designated by the U.S. Congress as America’s National Churchill Museum.