Wishing to commemorate Winston Churchill's visit to Fulton in 1946 while filling the void of an adequate campus church facility, Westminster began its reconstruction of Christopher Wren's Church of St. Mary the Virgin, Aldermanbury in the spring of 1964 as the Winston Churchill Memorial and Library. [In 2009, the Memorial received a congressional designation as the National Churchill Museum.] Fittingly, former United States President Harry S Truman, former Westminster President Franc L. McCluer and the other living members of the 1946 platform party joined British Ambassador Lord Harlech for the Memorial's groundbreaking ceremony that year.

Although Westminster's Board of Trustees had determined the College would construct the Memorial at the site of the old West School on the corner of Seventh and Westminster, it seemed more appropriate to have the ceremony near the College's historic Columns. With a collection of the church's outer stones, flown in from London for the occasion, piled beside him, President Truman turned the symbolic first shovel for the reconstruction on April 19, 1964.

Learn more about the history of St Mary, the Virgin Aldermanbury Research the restoration process with our Finding Aides Watch videos about the church's history and artifacts 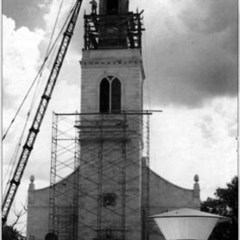 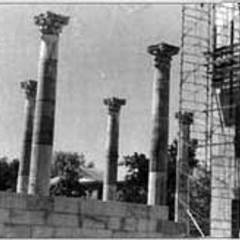 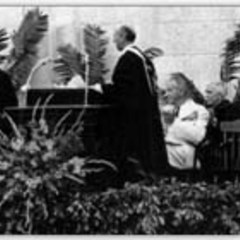 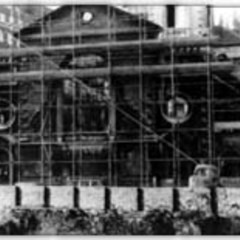 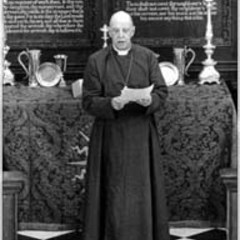 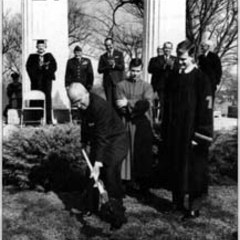