Join us at St. Mary the Virgin, Aldermanbury at 4:30pm on November 7 to hear Peter M. Robinson, speechwriter for President Ronald Reagan and author of "Mr. Gorbachev, tear down this wall!" speech. Mr. Robinson will discuss the origin of the June 12, 1987 speech delivered by President Reagan in Berlin that helped to bring a close to the Cold War.

Immediately following the lecture, guests are invited to join the Westminster Community to watch the speech projected on to Edwina Sandys' Breakthrough sculpture. Comprised of eight sections of the Berlin Wall, the sculpture was dedicated by President Reagan on November 9, 1990--the first anniversary of the fall of the Berlin Wall.

2019 marks the 30th anniversary of the Fall of the Berlin Wall. 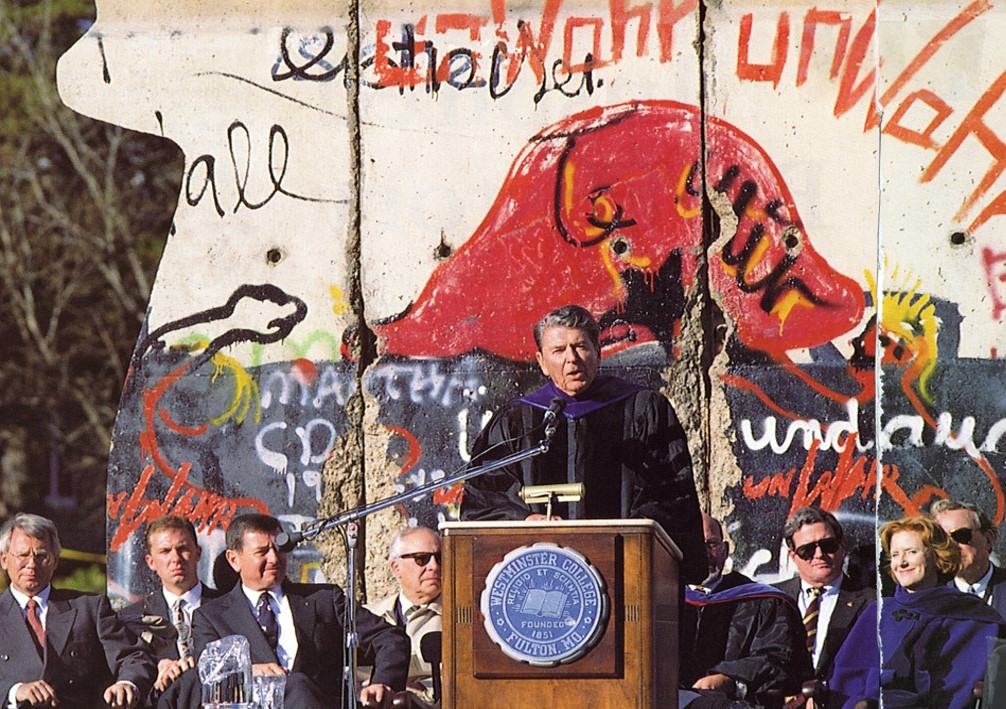 Robinson is also the author of three books: How Ronald Reagan Changed My Life (Regan Books, 2003); It's My Party: A Republican's Messy Love Affair with the GOP, (Warner Books, 2000); and the best-selling business book Snapshots from Hell: The Making of an MBA (Warner Books, 1994; still available in paperback). 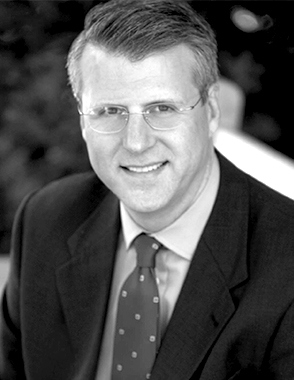 Robinson spent six years in the White House, serving from 1982 to 1983 as chief speechwriter to Vice President George Bush and from 1983 to 1988 as special assistant and speechwriter to President Ronald Reagan. He wrote the historic Berlin Wall address in which President Reagan called on General Secretary Mikhail Gorbachev to "tear down this wall!"

After the White House, Robinson attended the Stanford University Graduate School of Business. (The journal he kept formed the basis for Snapshots from Hell.) He graduated with an MBA in 1990.

Robinson then spent a year in New York City with Fox Television, reporting to the owner of the company, Rupert Murdoch. He spent a second year in Washington, D.C., with the Securities and Exchange Commission, where he served as the director of the Office of Public Affairs, Policy Evaluation, and Research. Robinson joined the Hoover Institution in 1993.

The author of numerous essays and interviews, Robinson has published in the New York Times, Red Herring, and Forbes ASAP, the Wall Street Journal, and National Review Online. He is the editor of Can Congress Be Fixed?: Five Essays on Congressional Reform (Hoover Institution Press, 1995).

In 2005, Robinson was elected to serve as a Trustee of Dartmouth College.