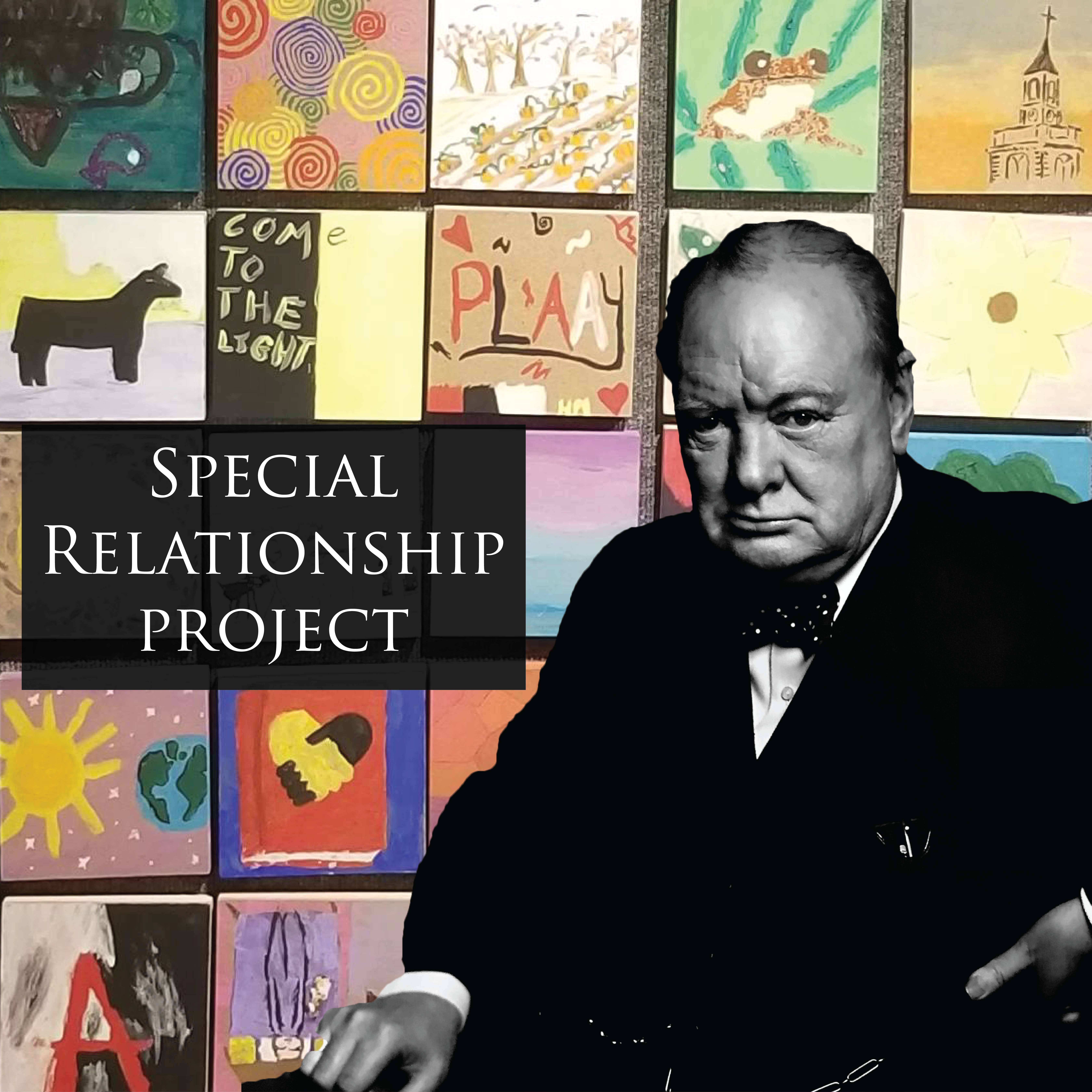 How would you depict that concept on a 6” x 6” canvas?

America's National Churchill Museum at Westminster College, together with every school district in Callaway County, Missouri, has embarked on a community art project to explore the idea.

When Sir Winston Churchill delivered his historic address at Westminster College on March 5, 1946, he coined the phrase “special relationship” referring to the alliance between Great Britain and the United States.

For Churchill, alliances were critically important. His Fulton speech, now known at the ‘Iron Curtain’ speech, was given the title “Sinews of Peace.” Sinews are tissues or tendons that bind muscle and bones together. They make us stronger. So do alliances and special relationships.

Together with brief artist statements, the completed artworks – over 4,000 – have been photographed, numbered, and documented digitally for global distribution here.  The works are installed in a grand mosaic of special relationships at America's National Churchill Museum, where the exhibition opens on March 5, 2019, the anniversary of the “Sinews of Peace” speech.

The exhibition is free with Museum admission and will remain on view through September 22.