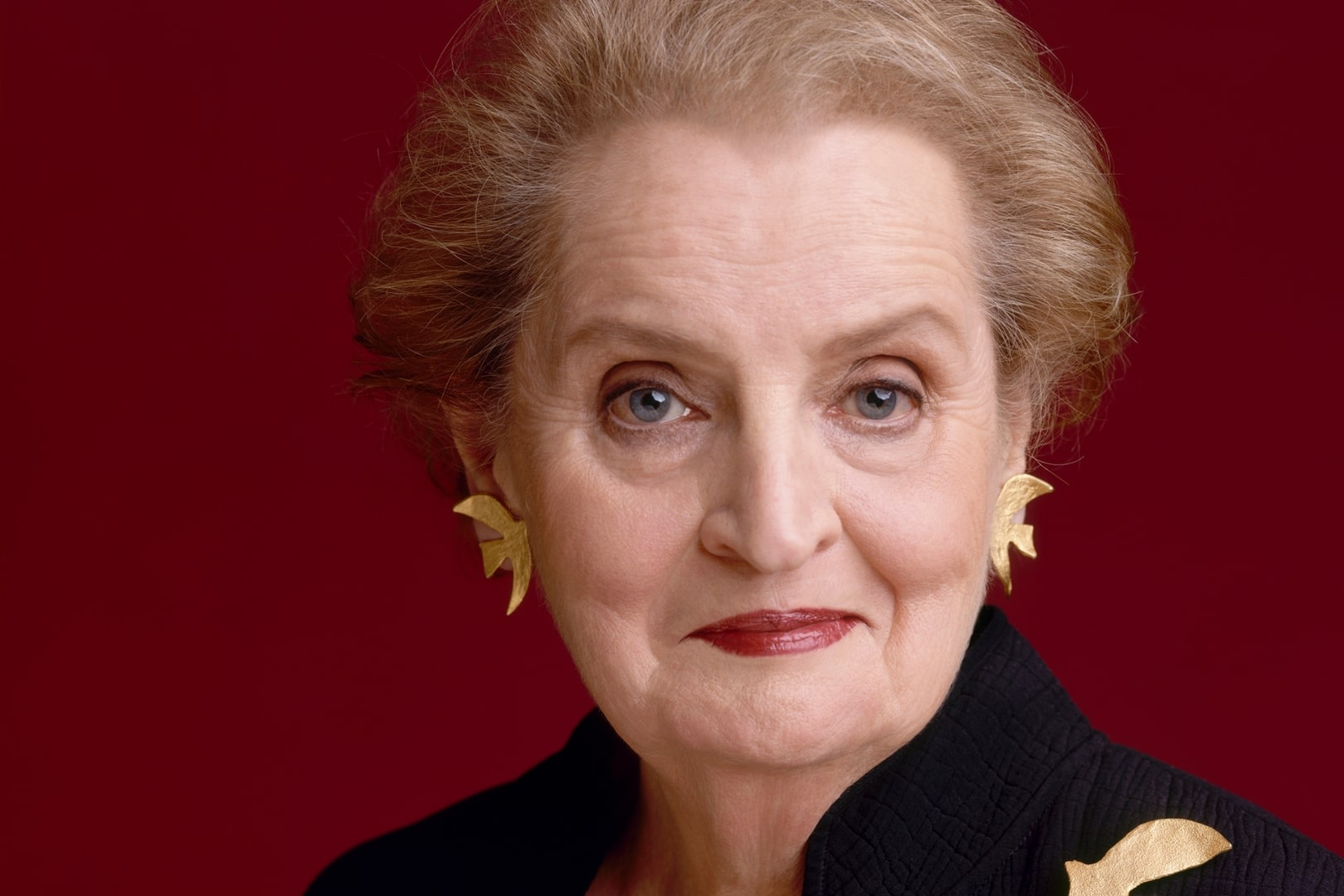 Madeleine K. Albright, the first female Secretary of State and at that time, the highest-ranking woman in the history of the United States government, will deliver the 59th John Findley Green Foundation Lecture on Setember 19 at 1:30 P.M. on the campus of Westminster College.

Ticketing information: Online registration has closed. If you would like your name added to the wait list, please call Sarah Munns at 573-592-6050.

Read the transcript or watch the recorded speech:

Following in the footsteps of Sir Winston Churchill and many other of the world’s greatest leaders, Dr. Albright will speak to the Westminster college community Thursday, September 19.

“This is a tremendous honor to welcome a world leader of Dr. Albright’s stature to Westminster,” says Westminster President Dr. Fletcher Lamkin.  “I have asked that her lecture further articulate her ideas about democracy’s future prospects, and how humanity might once again break down the walls that divide us, and join together, in a spirit of hope, to confront the challenges that lie ahead.”

Dr. Albright’s lecture will be the cornerstone of Westminster’s 12th annual Hancock Symposium, two days of engaging lectures, panel discussions, and presentations on one particular subject of global importance.

This Hancock Symposium theme will focus on human “breakthroughs” in every aspect of our life and honor the 30-year milestone of the fall of the Berlin Wall.

In 2015, Secretary Albright received the Churchill Leadership Award at a ceremony in New York City.  The award was presented by Laurence Geller, Chairman of International Churchill Society, and Jean-Paul Montupet, then Chairman of the Board of Governors of America’s National Churchill Museum.

President Bill Clinton named Secretary Albright to the highest diplomatic and policy post of the federal government in 1997, and for the next four years, she reinforced America’s alliances, advocated for democracy and human rights, and promoted American trade, business, labor, and environmental standards abroad as the 64th Secretary of State.

From 1993 to 1997, Dr. Albright served as the U.S. Permanent Representative to the United Nations and became a member of the President’s Cabinet at that time.

In addition, she is a professor in the practice of diplomacy at the Georgetown University School of Foreign Service.

Dr. Albright also chairs the National Democratic Institute, serves as the president of the Truman Scholarship Foundation, and is a member of the U.S. Defense Department’s Defense Policy Board.

From 1989 to 1992, she served as President of the Center for National Policy.

In 2012, she was chosen by President Obama to receive the nation’s highest civilian honor, the Presidential Medal of Freedom, in recognition of her contributions to international peace and democracy.

Dr. Albright’s latest book, Fascism: A Warning, was published on April 10, 2018, and debuted at #1 on the New York Times bestseller list.

She is the author of five other New York Times bestselling books: her autobiography, Madam Secretary: A Memoir (2003); The Mighty and the Almighty: Reflections on America, God, and World Affairs (2006); Memo to the President: How We Can Restore America’s Reputation and Leadership(2008); Read My Pins: Stories from a Diplomat’s Jewel Box (2009); and Prague Winter: A Personal Story of Remembrance and War, 1937-1948  (2012).

Dr. Albright received a B.A. with Honors from Wellesley College, and Master’s and Doctorate degrees from Columbia University’s Department of Public Law and Government, as well as a Certificate from its Russian Institute.

She is based in Washington, DC.

This important lecture series has brought an impressive procession of illustrious world leaders to Westminster to deliver significant addresses. Sir Winston Churchill delivered his “Sinews of Peace” speech, more commonly known as the “Iron Curtain” speech, as a part of the lecture series in 1946.