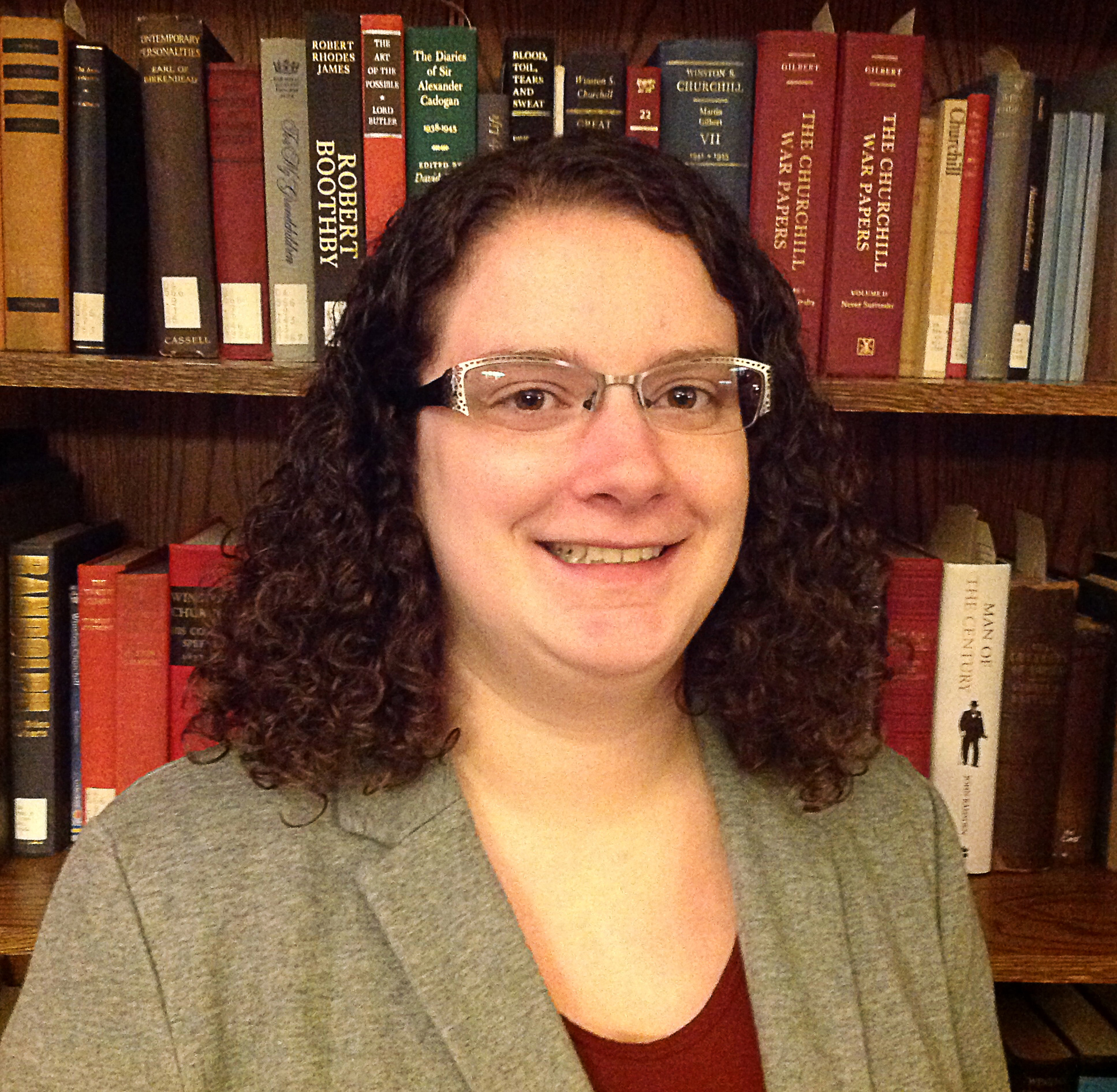 New Archivist-Curator at the National Churchill Museum Amy Cantone can’t wait to get her white gloves on the artifacts at the Museum.

“For the better part of 2013, I was a Curatorial Assistant with the Missouri State Museum, and one weekend I took a trip to nearby Fulton to visit the National Churchill Museum,” says Cantone.  “I had a great time going through each gallery and now this opportunity allows me to combine my passion for history and museums to make visitors fall in love with this Museum just as I did a year ago.”

One of Cantone’s primary responsibilities in her new position is taking care of the collection, which includes inventorying artifacts, ensuring they are stored in the proper environmental conditions and documenting new artifacts as they come in.

Another major responsibility is taking care of any permanent exhibits and working to bring traveling exhibits in and organizing in-house projects.

She will also assist with caring for the Church of St. Mary the Virgin, Aldermanbury, the “Breakthrough” sculpture and other pieces on site.

The transformational moment for Cantone to pursue museum work occurred when she was in graduate school at Kansas State University.

“Between classes and assignments, I worked-first as an archival intern, then as a museum technician-at the Dwight D. Eisenhower Presidential Library and Museum,” says Cantone. “I enjoyed learning more about my favorite era in history from the very collections I worked with each day.  I still remember being completely surprised when I opened a storage box and found one of General Eisenhower’s five-star uniforms.  This whole experience changed everything for me, as I loved working at the museum.”

While earning her M.A. in history at Kansas State, Cantone also worked as a graduate teaching assistant and helped edit Professor Derek Hoff’s book, The State and the Stork.

During her tenure at the Missouri State Museum, she helped to develop the 5,000 piece 1904 World’s Fair donation into an exhibit.

“I love being back on the grounds of a small, liberal arts campus and I look forward to being a part of the Westminster community,” says Cantone.  “I also look forward to learning the collections at the National Churchill Museum and using those pieces to tell stories just as I did while at the Eisenhower Museum.”

The National Churchill Museum on the campus of Westminster College in Fulton, MO is the only North American institution fully devoted to immortalizing the life and work of Churchill.  The heart of the Museum is the magnificent Church of St. Mary the Virgin, Aldermanbury, a 17th century Christopher Wren church left in ruin from German bombings during World War II.  This beautiful house of worship was brought stone by stone from England to Westminster and restored on campus in 1969.

Beneath the Church is a state-of-the-art Museum that combines interactive technology to tell Churchill’s story through sight, sound and touch.  In 2006, Chris Matthews, MSNBC commentator, was present at the opening of this new $4 million exhibition and said its ability to bring history to life in a dynamic, stimulating fashion was incredible and that it rivaled that of the Holocaust Museum in Washington, D.C.

Adjacent to the National Churchill Museum stands a sculpture by Edwina Sandys, Churchill’s granddaughter, entitled “Breakthrough,” which was constructed from eight sections of the Berlin Wall to commemorate the demise of the “Iron Curtain” that Sir Winston had predicted.  Visitors may also enjoy the historic gymnasium where Churchill delivered his world famous “Iron Curtain Speech” in 1946 on another part of campus.