An exquisite painting by Sir Winston Churchill titled Lake Scene at Norfolk has been donated by the Monsanto Company to the National Churchill Museum.

The circa 1935 painting – titled Lake Scene at Norfolk – was unveiled during a brief ceremony at the museum on June 8, the 103rd anniversary of Churchill receiving his first set of brushes from a sister-in-law, Gwendoline Churchill, according to records. She had encouraged Churchill to start painting to escape the pressures of politics, according to historian Timothy Riley, Sandra L. and Monroe E. Trout Director and Chief Curator of the National Churchill Museum.

Lake Scene at Norfolk is a 20” x 24” oil on canvas painting of a tranquil scene of a tree-lined blue lake in Norfolk, located on England’s east coast along the North Sea. Among the painting’s exquisite attributes is the fact "it clearly shows Churchill’s keen attention to reflected color and light on water. He was a powerful observer of the natural world,” Riley said.

“Churchill was 40 years old when he started painting, and soon discovered his talent, especially in painting landscapes and seascapes,” Riley said. “He was a visionary thinker and a creative leader who saw the world as few others did. He applied that vision to his painting, and became so passionate about the subject, he continued to pursue it for as long as he lived.”

The painting was acquired in December 1993 by Monsanto from Edwina Sandys, Churchill’s granddaughter and a noted artist, who said the rarely seen painting was exhibited briefly at a Churchill exhibition she organized with her sister, Celia, in New York City in 1983.

Lake Scene at Norfolk was then stored away and safeguarded until it was sold to Monsanto, which previously donated two other Churchill paintings to the museum.
Monsanto was founded in St. Louis in 1901, the same year the 25-year-old Churchill was establishing himself as a rising political star in London.

Lake at Scene at Norfolk will join three other Churchill paintings that are on permanent display at the National Churchill Museum. In addition, since 2015, the Museum has cared for 16 other Churchill paintings on loan from the family of the late Julian Sandys, a grandson of Churchill and the brother of Edwina and Celia Sandys.
Riley said many of those paintings have been shown in recent years at major exhibits in St. Louis, MO; Long Beach, CA; Palm Beach, FL; Hillsdale, MI; and, Spartanburg, SC. 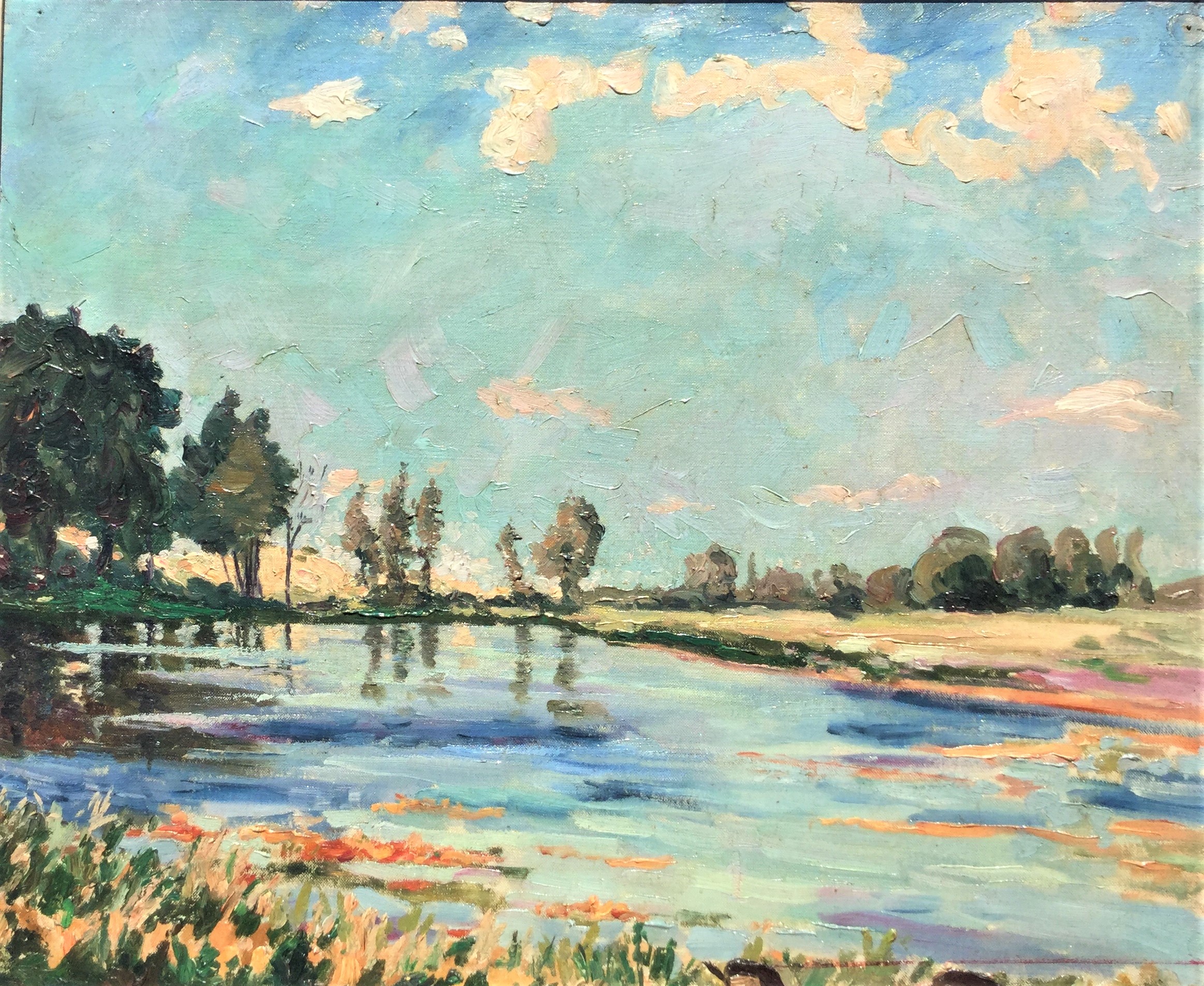