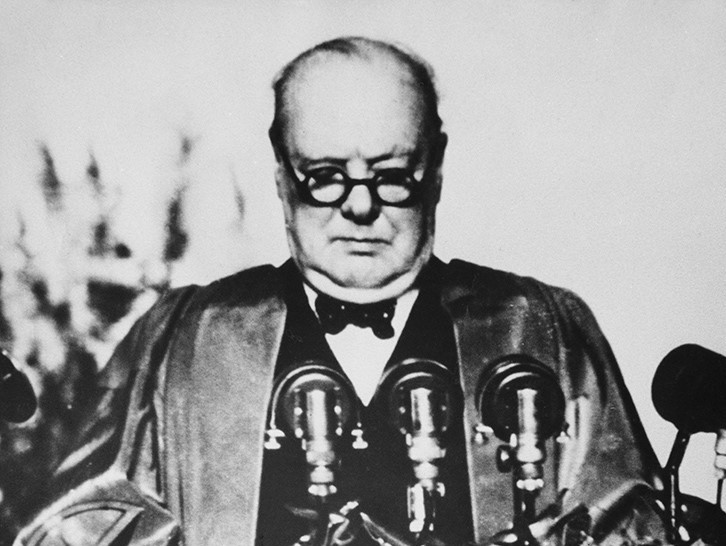 Missouri Governor Mike Parson, Co-Chairman of the Honorary Committee for the 50th Anniversary Celebration of America's National Churchill Museum at Westminster College, has declared May 7, 2019, "Sir Winston Churchill Day" in the State of Missouri. The date marks the 50th anniversary of the re-hallowing of St. Mary the Virgin, Aldermanbury and the establishment of the Winston Churchill Memorial and Library in the United States (now America's National Churchill Museum).

Missouri Secretary of State Jay Ashcroft presented the Governor's Proclamation from the same lectern used by Winston Churchill during a gala dinner on Saturday, May 4, before over 350 guests, who gathered in Westminster College's Historic Gymnasium, the site of the statesman's "Iron Curtain" speech on March 5, 1946. 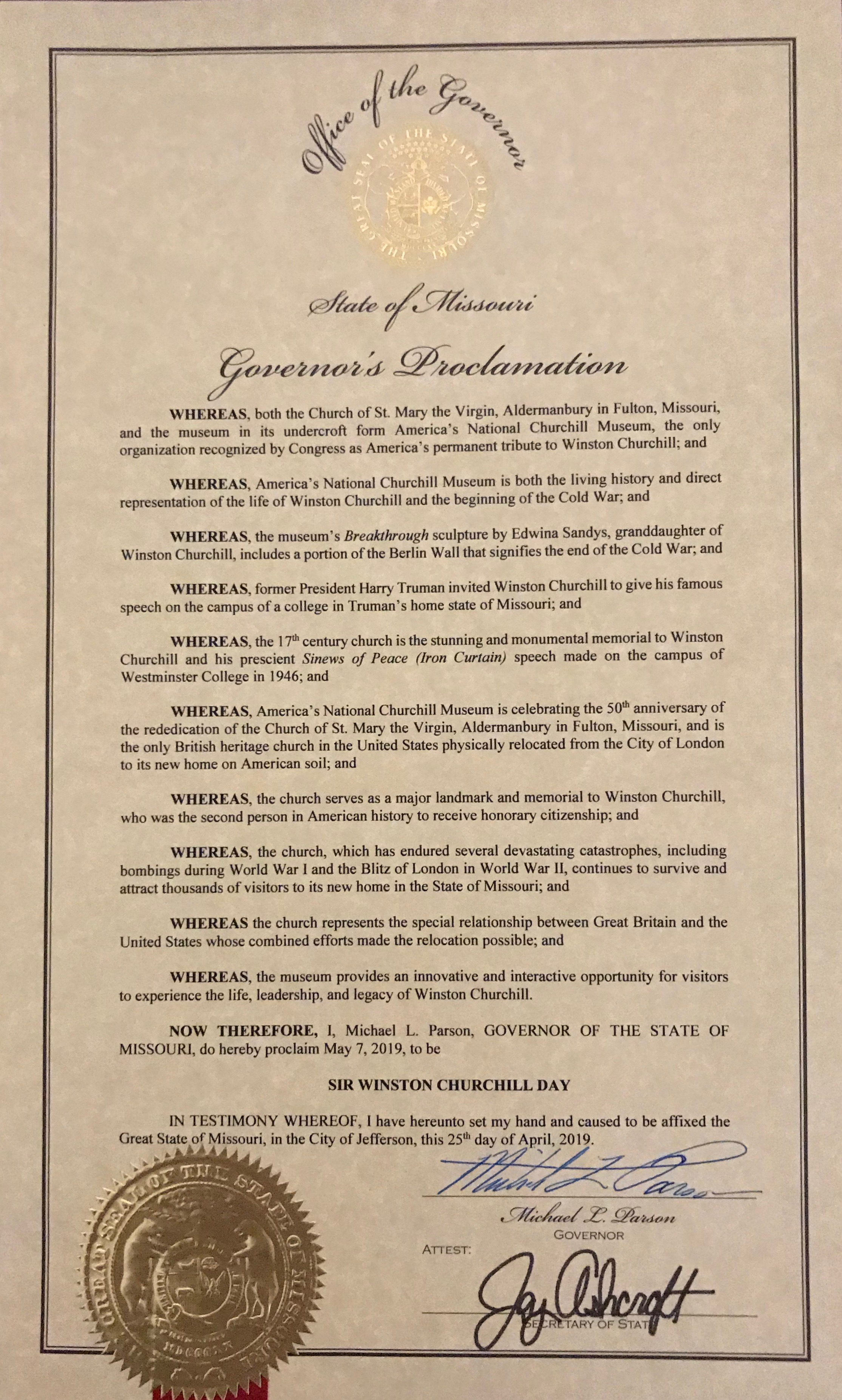