The River War: Churchill at War on the Nile 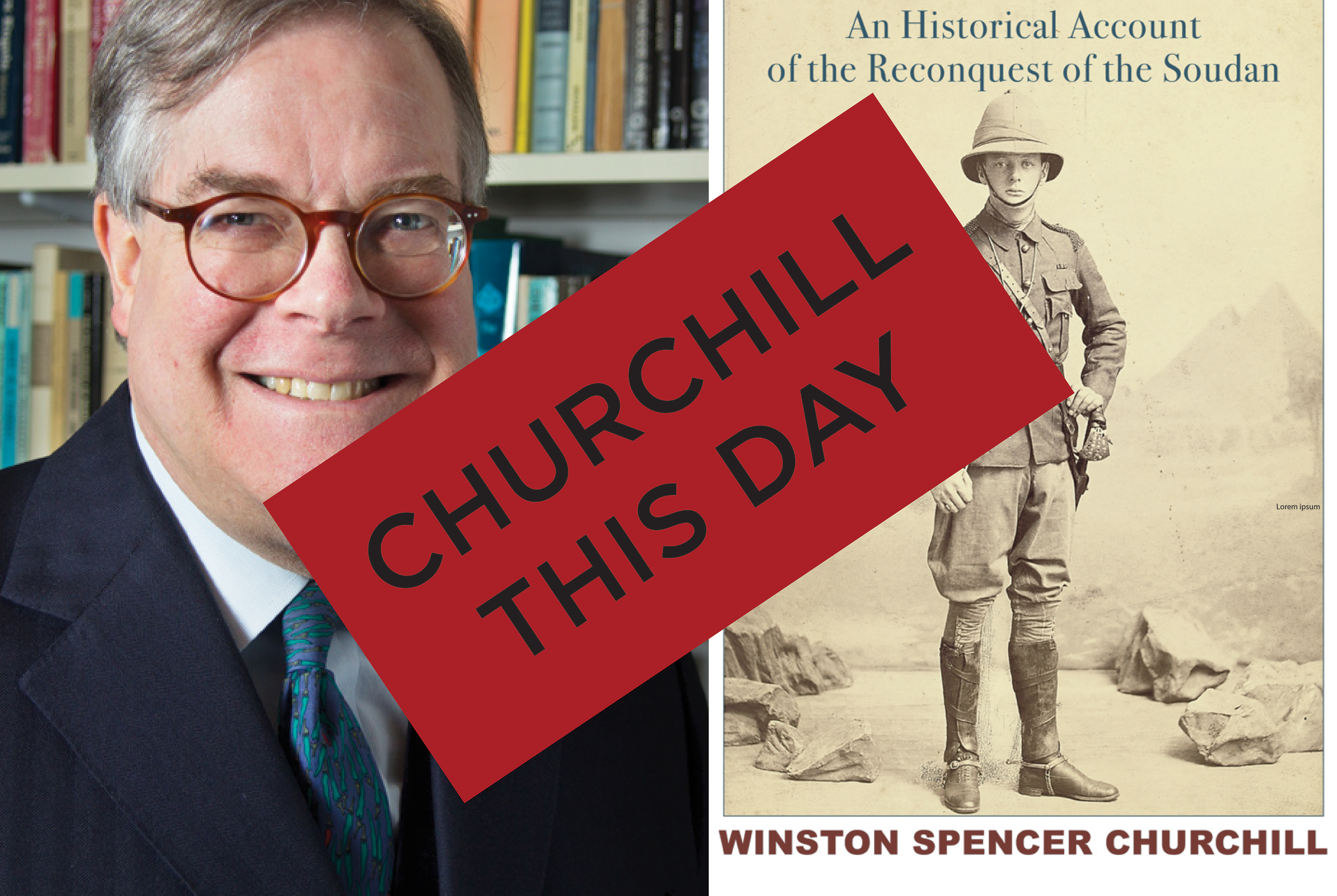 On this archived webcast, Dr. James W. Muller discussed The River War: Churchill at War on the Nile. Muller, Political Science professor at the University of Alaska, Anchorage, will discuss Winston Churchill's 1899 two-volume The River War: An Historical Account of the Reconquest of the Soudan and his later abridgment of the book.

Winston Churchill wrote five books before he was elected to Parliament at the age of twenty-five. The most impressive of these books, The River War tells the story of Britain's arduous and risky campaign to reconquer the Sudan at the end of the nineteenth century. More than half a century of subjection to Egypt had ended a decade earlier when Sudanese Dervishes rebelled against foreign rule and killed Britain's envoy Charles Gordon at his palace in Khartoum in 1885. Political Islam collided with European imperialism. Herbert Kitchener's Anglo-Egyptian army, advancing hundreds of miles south along the Nile through the Sahara Desert, defeated the Dervish army at the battle of Omdurman on September 2, 1898.

Churchill, an ambitious young cavalry officer serving with his regiment in India, had already published newspaper columns and a book about fighting on the Afghan frontier. He yearned to join Kitchener's campaign. But the general, afraid of what he would write about it, refused to have him. Churchill returned to London. With help from his mother and the prime minister, he managed to get himself attached to an English cavalry regiment sent to strengthen Kitchener’s army. Hurriedly traveling to Egypt, Churchill rushed upriver to Khartoum, catching up with Kitchener's army just in time to take part in the climactic battle. That day he charged with the 21st Lancers in the most dangerous fighting against the Dervish host.

He wrote fifteen dispatches for the Morning Post in London. As Kitchener had expected, Churchill's dispatches and his subsequent book were highly controversial. The precocious officer, having earlier seen war on two other continents, showed a cool independence of his commanding officer. He even resigned from the army to be free to write the book as he pleased. He gave Kitchener credit for his victory but found much to criticize in his character and campaign.

Churchill’s book, far from being just a military history, told the whole story of the Egyptian conquest of the Sudan and the Dervishes' rebellion against imperial rule. The young author was remarkably even-handed, showing sympathy for the founder of the rebellion, Muhammad Ahmed, and for his successor the Khalifa Abdullahi, whom Kitchener had defeated. He considered how the war in northeast Africa affected British politics at home, fit into the geopolitical rivalry between Britain and France, and abruptly thrust the vast Sudan, with the largest territory in Africa, into an uncertain future in Britain’s orbit.

In November 1899, The River War was published in "two massive volumes, my magnum opus (up to date), upon which I had lavished a whole year of my life," as Churchill recalled later in his autobiography. The book had twenty-six chapters, five appendices, dozens of illustrations, and colored maps. Three years later, in 1902, it was shortened to fit into one volume. Seven whole chapters, and parts of every other chapter, disappeared in the abridgment. Many maps and most illustrations were also dropped. Since then the abridged edition has been reprinted regularly, and eventually it was even abridged further. But the full two-volume book, which is rare and expensive, was never published again—until now.

In April, St. Augustine’s Press, in collaboration with the International Churchill Society, brings back to print in two handsome volumes The River War: An Historical Account of the Reconquest of the Soudan unabridged, for the first time since 1902. Every chapter and appendix from the first edition has been restored. All the maps are in it, in their original colors, with all the illustrations by Churchill’s brother officer Angus McNeill.

More than thirty years in the making, under the editorship of James W. Muller, this new edition of The River War will be the definitive one for all time. The whole book is printed in two colors, in black and red type, to show what Churchill originally wrote and how it was abridged or altered later. For the first time, a new appendix reproduces Churchill’s Sudan dispatches as he wrote them, before they were edited by the Morning Post. Other new appendices reprint Churchill’s subsequent writings on the Sudan. Thousands of new footnotes have been added to the book by the editor, identifying Churchill’s references to people, places, writings, and events unfamiliar to readers today. Professor Muller’s new introduction explains how the book fits into Churchill’s career as a writer and an aspiring politician. He examines the statesman’s early thoughts about war, race, religion, and imperialism, which are still our political challenges in the twenty-first century.

Half a century after The River War appeared, this book was one of a handful of his works singled out by the Swedish Academy when it awarded Churchill the Nobel Prize for Literature in 1953. Now, once again, its reader can follow Churchill back to the war he fought on the Nile, beginning with the words of his youngest daughter. Before she died, Mary Soames wrote a new foreword, published here, which concludes that "In this splendid new edition…we have, in effect, the whole history of The River War as Winston Churchill wrote it—and it makes memorable reading."

James W. Muller is Professor of Political Science at the University of Alaska, 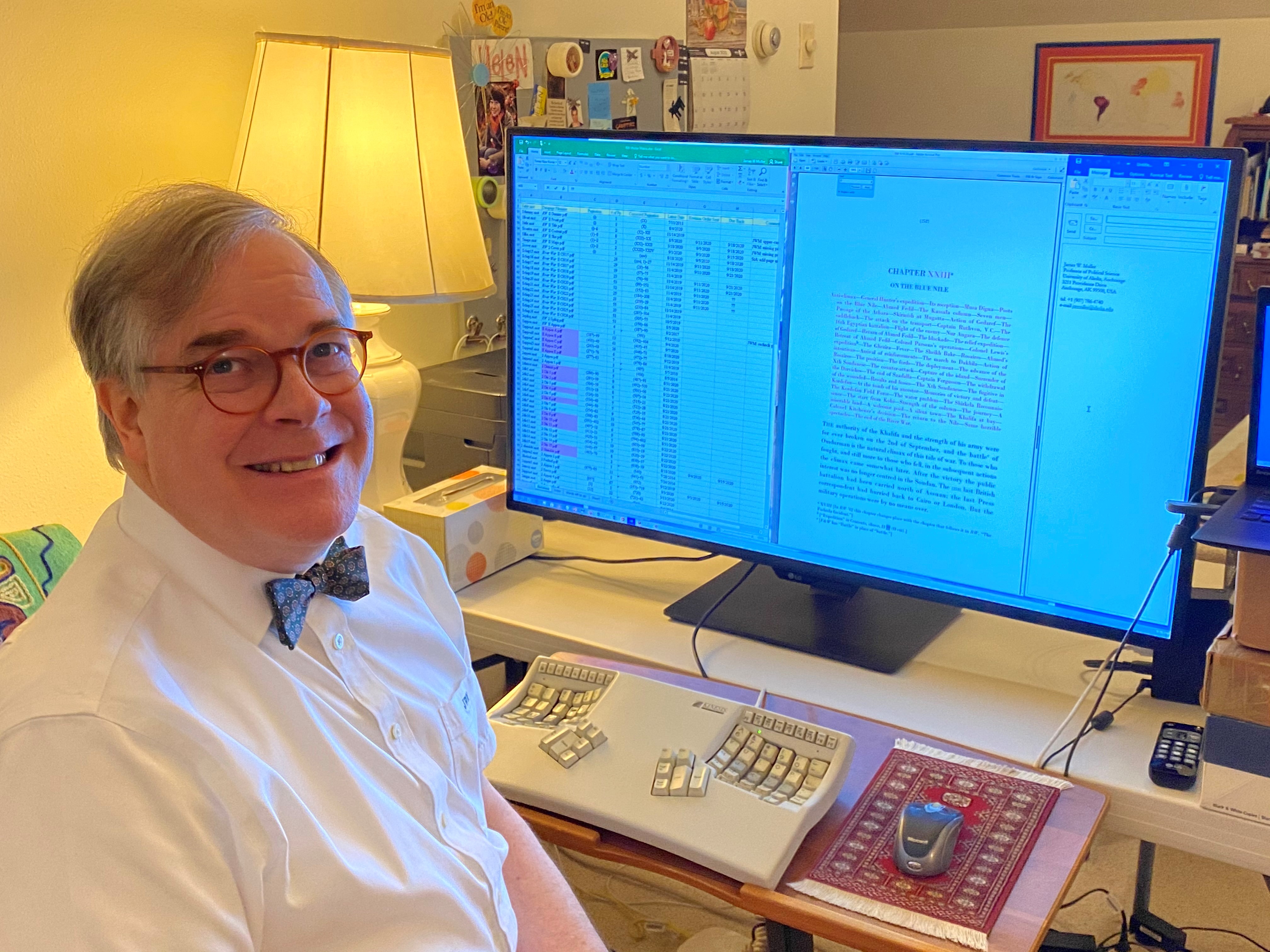 Anchorage, where he has taught since 1983, and Chairman of the Board of Academic Advisers of the International Churchill Society. Educated at Harvard University and the Ecole Normale Supérieure, Paris, he is a by-fellow of Churchill College, Cambridge, and served as a White House Fellow in 1983–84 and an Academic Visitor at the London School of Economics and Political Science in 1988–89. He has taught courses in statesmanship, political philosophy, and American political thought.

Professor Muller, who has been a frequent visitor to America’s National Churchill Museum and has spoken at events organized by the Museum in St. Louis and Jefferson City, is editor of The Revival of Constitutionalism (University of Nebraska Press, 1988), Churchill as Peacemaker (Cambridge University Press, 1997), Churchill's "Iron Curtain" Speech Fifty Years Later (University of Missouri Press, 1999), and of Winston S. Churchill’s interwar books of essays, Thoughts and Adventures (ISI Books, 2009) and Great Contemporaries (ISI Books, 2012). His new edition of Churchill's earlier book, The River War: An Historical Account of the Reconquest of the Soudan, has just been published in two volumes by St. Augustine’s Press. His next project is a new edition of Churchill’s autobiography, My Early Life: A Roving Commission.

Curator for America’s National Churchill Museum at Westminster College in Fulton, Missouri. During his 25-year career, he has served as a education and curatorial assistant at The Metropolitan Museum of Art in New York, and worked at Lawrence University in Appleton, Wisconsin, where he later served as the founding director of The Trout Museum of Art. He is a contributing editor for Finest Hour, the journal of the International Churchill Society. Riley was inducted into the Association of Churchill Fellows of Westminster College in 2016.

This program is made free and open to the public thanks to the generous support of the Edwin Malloy Jr. Endowment.