Induction ceremonies were held in the Church of St. Mary the Virgin, Aldermanbury, also home of the National Churchill Museum. Senior Fellow and Winston Churchill's granddaughter, Edwina Sandys M.B.E., a noted artist, bestowed the honor to the new inductees. 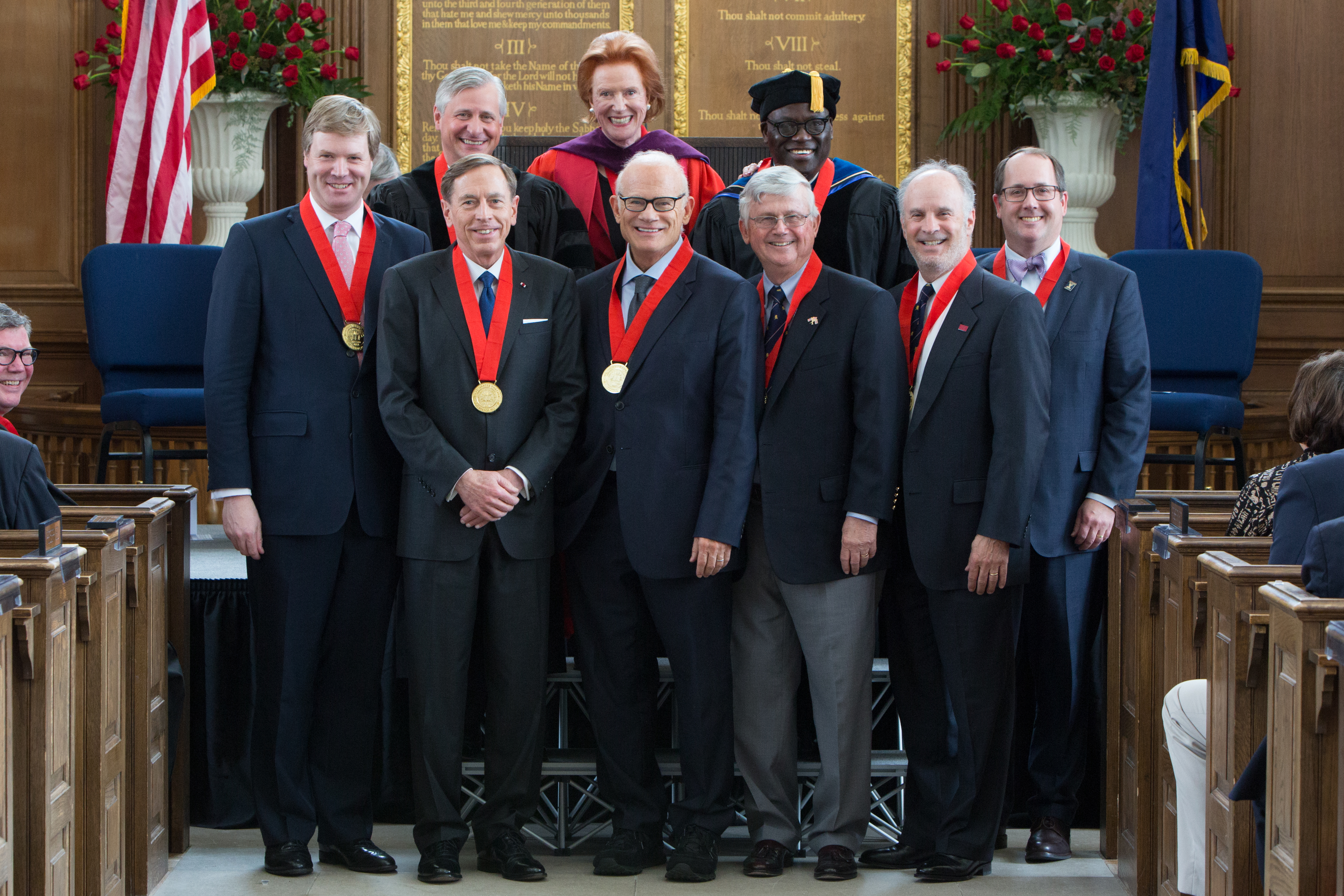