Lessons in Statecraft: "The Sinews of Peace” webcast March 5 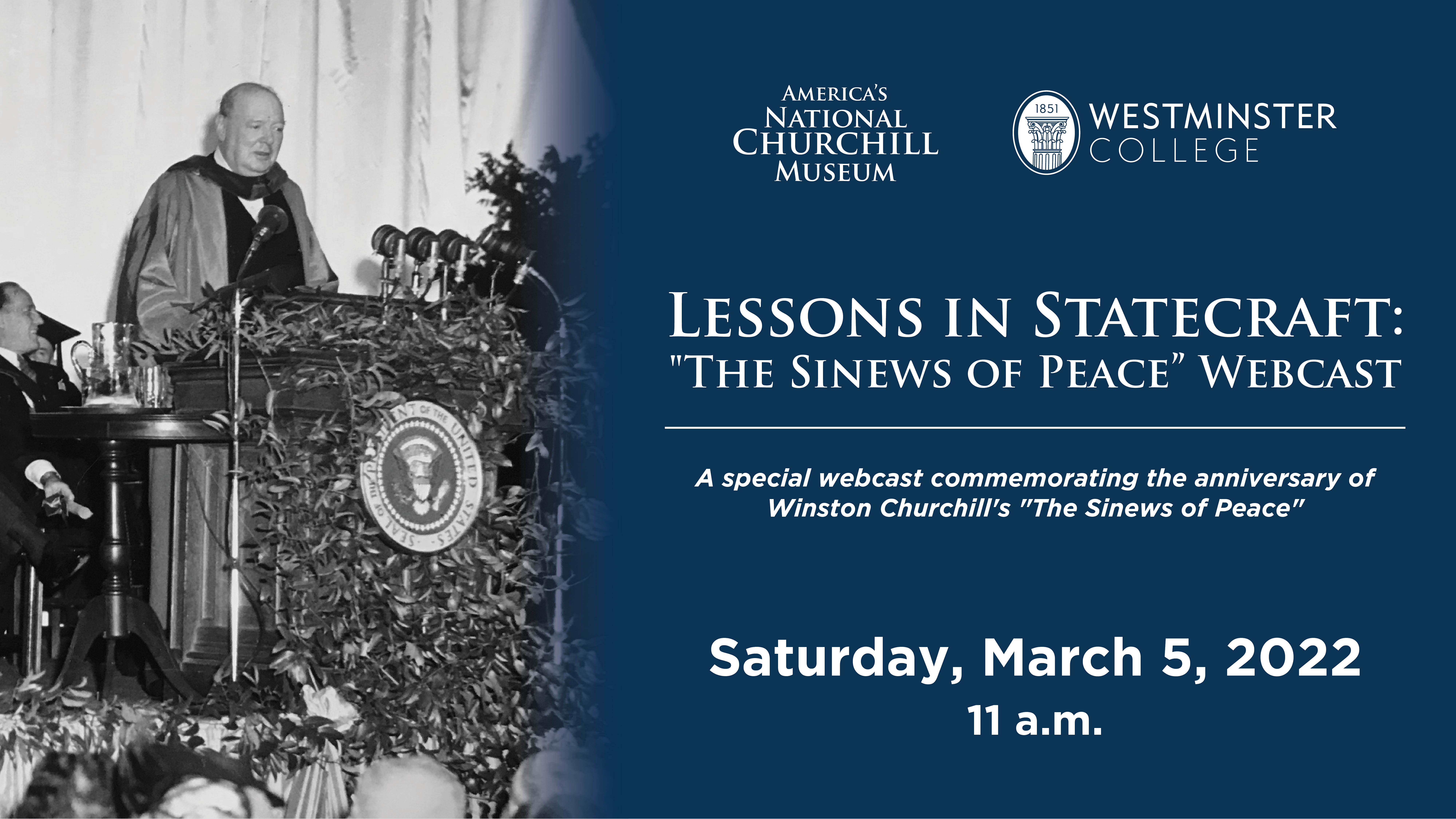 Lessons in Statecraft: "The Sinews of Peace”

America's National Churchill Museum presented a special webcast on the anniversary of Winston Churchill's "The Sinews of Peace" address at Westminster College. Sandra L. and Monroe E. Trout Director and Chief Curator Timothy Riley examined and explored Churchill's positions on the United Nations, post-war military preparedness, the "special relationship," and the legacy of the "iron curtain" in the current geopolitical climate.

Heralded as one of Churchill's most significant post-war speeches, "The Sinews of Peace" is remembered today for the phrase “an iron curtain has descended across the continent,” which served as a warning about the “expansive and proselytizing tendencies” of Soviet Russia.

Did the 'Iron Curtain' speech provide a blueprint for how the United States and its allies would wage the Cold War? How does Churchill's famous warning about the threat of Soviet Russian aggression from 76 years ago resonate today as the world turns its attention to the crisis in the Ukraine?

This program is made possible, in part, by the Edwin Malloy, Jr. Endowment for America's National Churchill Museum.

The Webcast was free and open to the public.