“Operation Hope Not” The State Funeral of Sir Winston Churchill

“Operation Hope Not”
The State Funeral of Sir Winston Churchill 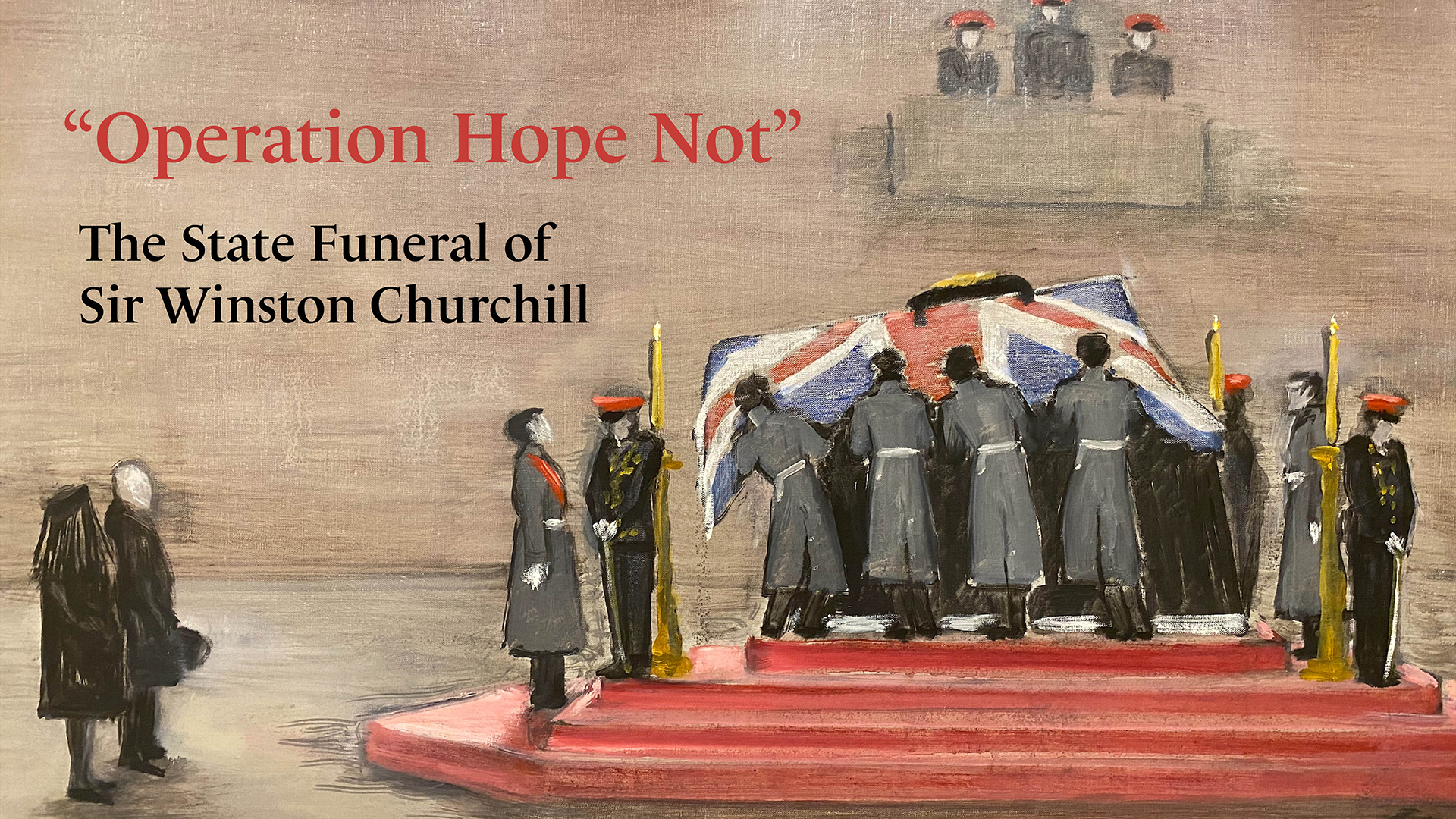 Opens to the Public on January 30

Winston Churchill died, at age 90, on January 24, 1965, putting into motion a meticulous plan for an historic State Funeral. The plan, which had been started more than a decade earlier, was code-named “Operation Hope Not” and was decreed by Queen Elizabeth II to be “on a scale befitting his position in history.”

This exhibition examines Sir Winston’s State Funeral, the largest in British history at the time, and the private internment for family at the Church at Bladon in Oxfordshire. It includes a series of rarely exhibited oil paintings by Churchill’s nephew, John Spencer-Churchill, and archival material from the Museum’s holdings along with material on loan from the Collection of Philip and Susan Larson.

The exhibition is made possible by the Anson Cutts Endowment for America’s National Churchill Museum.

Programming support for the exhibition is made possible by the Kostich Endowment for America’s National Churchill Museum.