Swords to Plowshares: Metal Trench Art from World War I 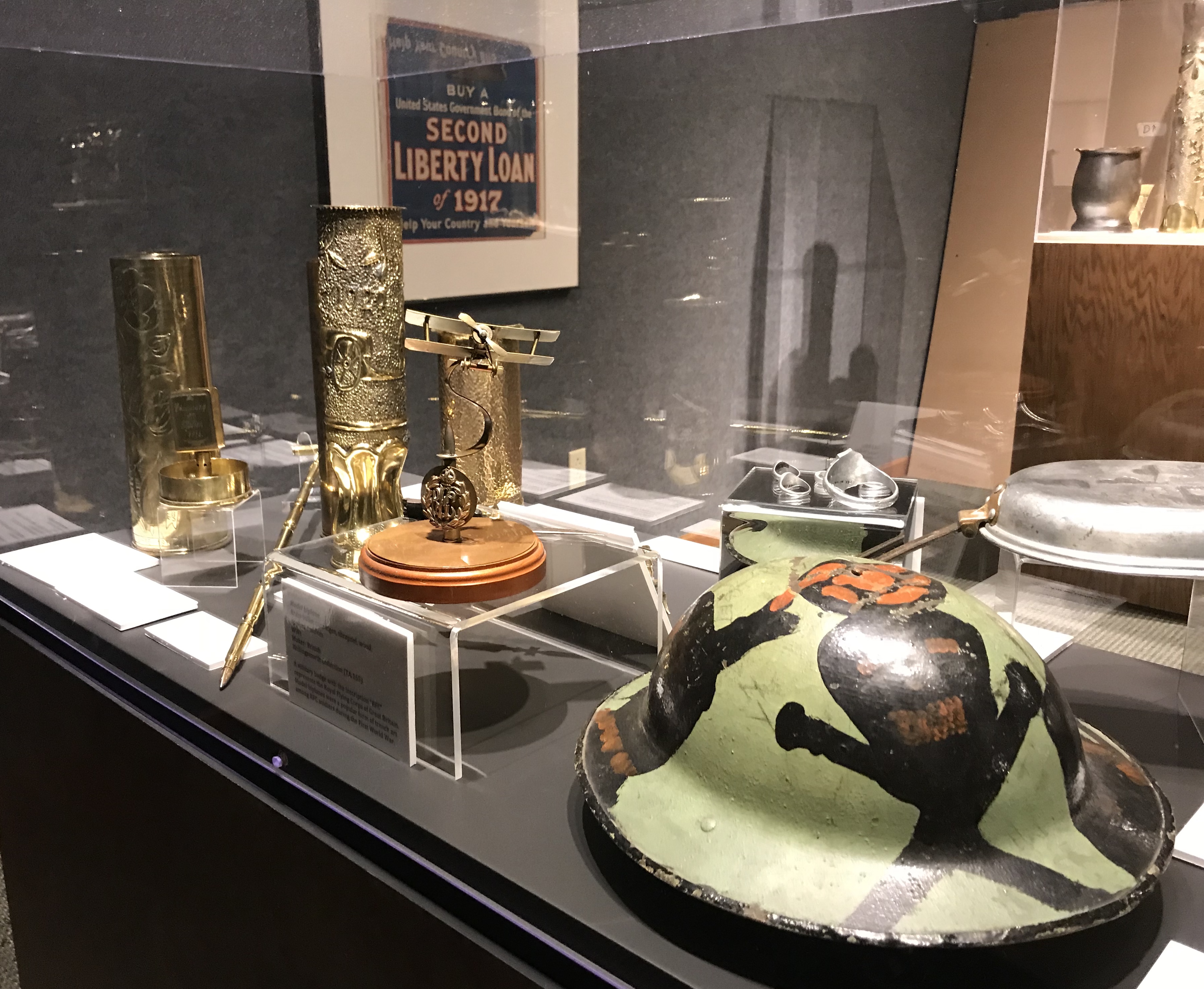 The metal trench art objects in this exhibition are as varied and unique as the military and civilian artists who created them. The works date from the origins of this brass art form in the trenches of France during the first World War. Makers of trench art utilized artillery shells, bullets, shrapnel, currency and other miscellaneous metal scrap and applied materials. The ingenuity and skill ranged from primitive artillery shell vases to elaborate lamps, cigarette lighters and ashtrays exhibiting high artistic craftsmanship. The captivating decorative appeal of trench art often reflected stylistic influences of the time, such as Art Nouveau. Often folk art designs with elaborate engraving and repoussé work were incorporated.

A number of elements combined during wartime to nurture the production of these pieces: soldiers had long periods of idle time; many came from metalworking occupations; and there often was an abundance of workable material littering the landscape. Soldiers behind the front lines were not the only group that created such souvenirs; prisoners of war and convalescent soldiers also made trench art. Indigenous artisans created pieces to be sold as souvenirs to soldiers during the war or to grieving widows and family members visiting post-war battlefields.